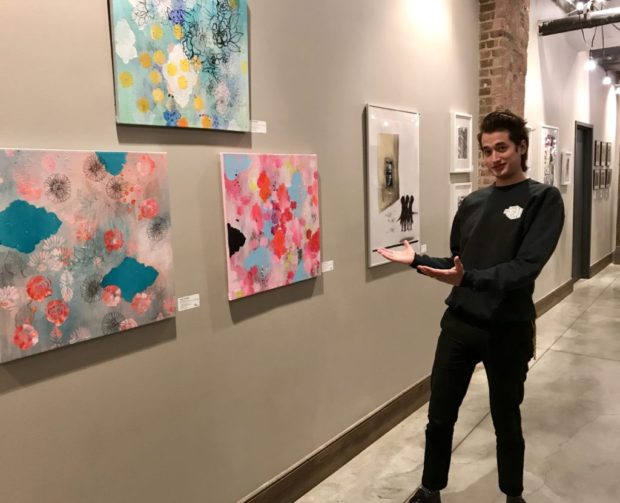 Hidden within Empire Stores, the historic former warehouse on the waterfront in Brooklyn Bridge Park, a small DUMBO art gallery gets hundreds — if not thousands — of visitors a day.

Installed in a wide walkway on ground level, Gallery 55 (named for 55 Water St.) is a “curatorial project” that links the retail and dining hotspot to local artists. The gallery has only been around about a year, but it’s already developed into an important DUMBO arts venue.

“It’s really important for us as a building to be involved with the community,” Chris Adams, who runs marketing and events for the building, told the Brooklyn Eagle. “DUMBO was built with artists being the pioneers.”

“Since we have such incredible foot traffic coming through that specific part of the building, we said let’s give exposure to local artists, local curators, just to provide the roots of the neighborhood,” he said.

The artists on display this month are affiliated with Park Slope Windsor Terrace, a Brooklyn-based artist collective.

The artwork is rotated every 30 days, in conjunction with the DUMBO Art Walk, on the first Thursday of every month at 6 p.m., “whether it’s one artist taking over the entire gallery space, or 20-something artists like we have right now,” Adams said. “We meet in our lobby, there are small bites, and tour guide will come through the space. If you want to take the free guided tour that’s alright, but if not you can get one of the gallery maps and bounce around to different galleries.” 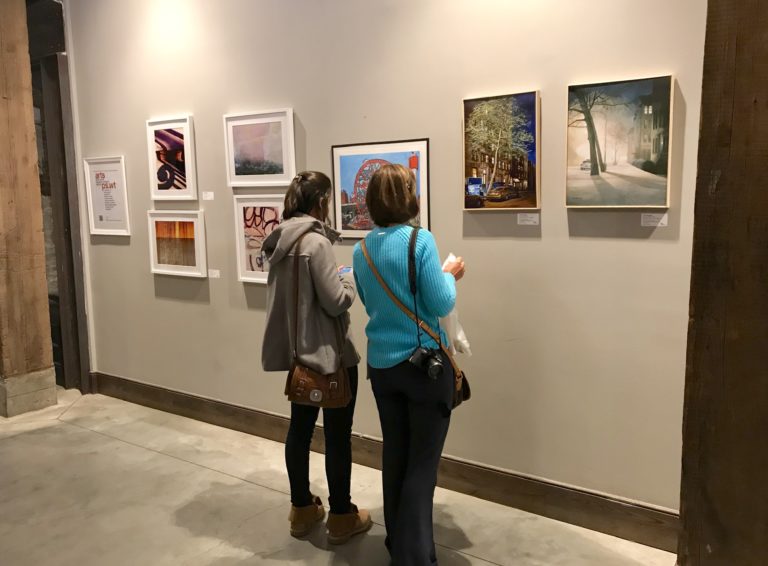 Visitors peruse artwork on the walls of Gallery 55, a curatorial project located inside Empire Stores in DUMBO. Photo by Mary Frost

When the gallery opened, “We didn’t know it was going to take off as well as it did,” Adams said. “It started with, ‘Well, we kind of have a blank canvass here, let’s put up some art.’ We had a local pop-up, where we were hosting artist Shane Garret — his artist handle is B.REady on Instagram — who was selling art in Soho just off the streets.

“Before we knew it, he was selling pieces and getting neighbors across the street to commission custom pieces for their apartments. A month after he was in this space, he was approached by a major brand. Some creative director walked in and contacted him. He was the start of what we realized could happen in this space.”

“We realized we have something pretty special. We have unique foot traffic coming through the building.”

Gallery 55 is surrounded by restaurants and retail on the first floor, and “amazing creative office tenants upstairs,” he said. On the top floor is the Dumbo House private membership club, which also attracts creative types.

The gallery has proven to be a springboard for local artists, Adams said. In most shows, “Everything’s for sale and it’s going straight to the artists.” 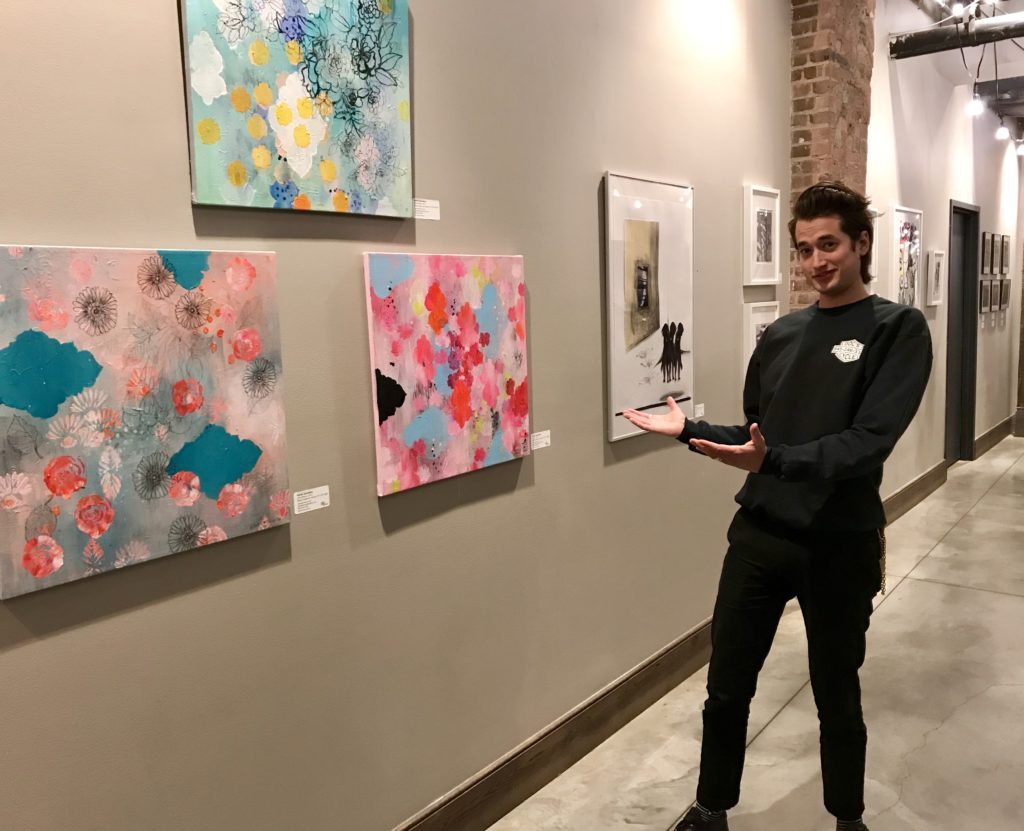 Chris Adams, who runs marketing and events for the Empire Stores building, with artwork on display at Gallery 55. This month’s show is by artists affiliated with Park Slope Windsor Terrace, a Brooklyn-based artist collective. Photo by Mary Frost 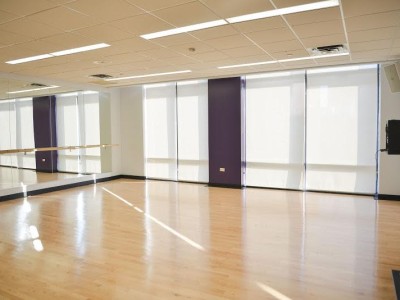 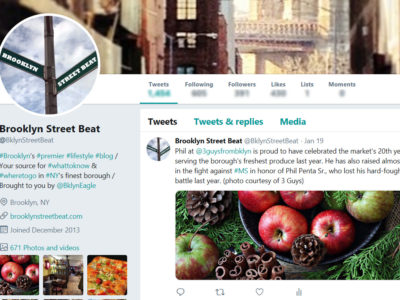 DUMBO: Doodle Away In Dumbo!

Brooklyn Roasting Company on Jay Street is hosting it's weekly...

Now that the weather is getting warmer and we'll all...