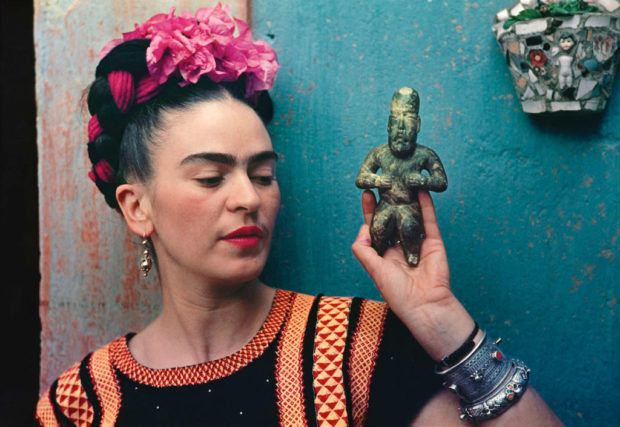 That was her nail polish. The bottle is vivid red, actually — the same color as the lace-up boots she rocked with her prosthetic leg.

At the Brooklyn Museum, you can see photos of the world-famous artist at age 4. Her cosmetics. Her clothes. Film footage of her at home — which was the Casa Azul, in Mexico — with her husband, the painter Diego Rivera, caressing her cheek.

And there are Kahlo self-portraits that will take your breath away.

The blockbuster exhibition, “Frida Kahlo: Appearances Can Be Deceiving,” opens today and runs through May 12.

Many objects on display came from Casa Azul. After Kahlo died in 1954, Rivera hid her possessions away, leaving a friend with instructions that the collection would be kept away from the public eye until 15 years after his own death.

Now these items, which bring Kahlo to life so vividly, are being exhibited for the first time in the United States. It is part of the country’s largest exhibit of her work in 10 years.

Paintings, drawings and photos in the show come from the Jacques and Natasha Gelman Collection of 20th Century Mexican Art.

Yesterday, I got a sneak peek at the show. Here are five things I loved: 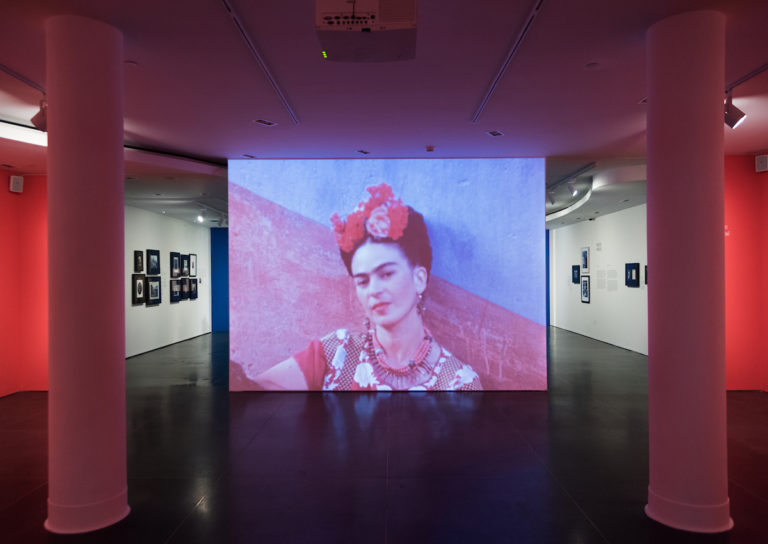 Frida Kahlo is here with us, on film, to greet us at the exhibition’s entrance.

The entry room is painted orangey-pink like a Mesoamerican sunset. In its center, color film footage of the painter runs in a loop.

She smiles, looks you in the eye, then turns her gaze away. 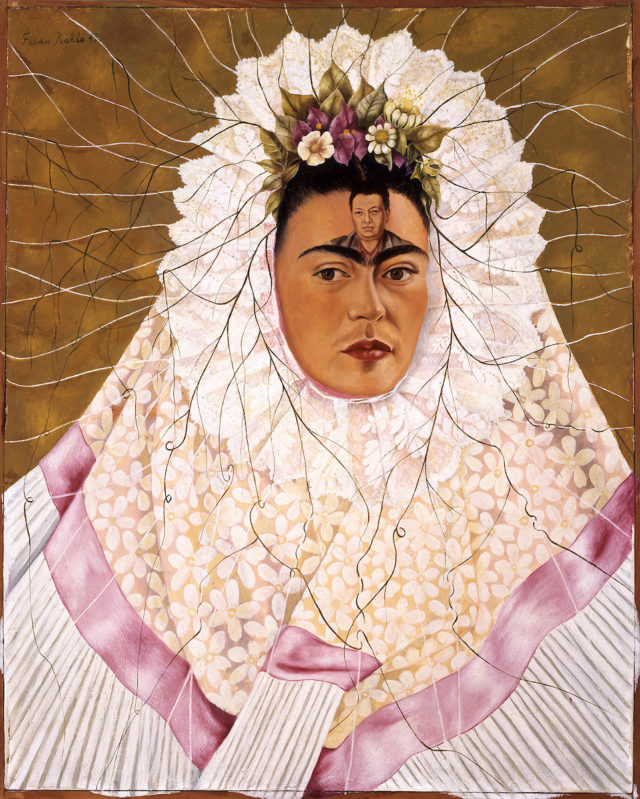 Her painting “Self-Portrait as a Tehuana” is coupled with a photograph of her working on the painting.

And an extraordinary face-framing headdress that she’s wearing in the painting is on display in this room, which is the first one you step into upon entering.

In the painting, the headdress makes Kahlo look like a saint with a radiating aura, or a statue of the Virgin Mary.

In a surrealist touch, she has painted a miniature portrait of her husband in the middle of her forehead. 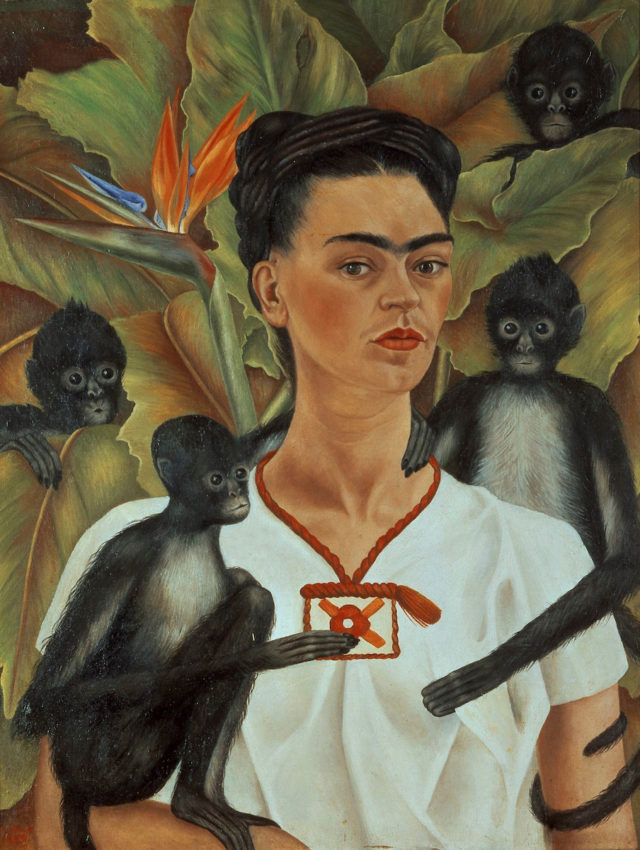 Kahlo reigns over a magical kingdom where tiny primates are her protectors in the painting “Self-Portrait with Monkeys.”

This extraordinary painting is a high point in a room with blue-painted walls that evoke the Casa Azul.

The corset as wearable art: 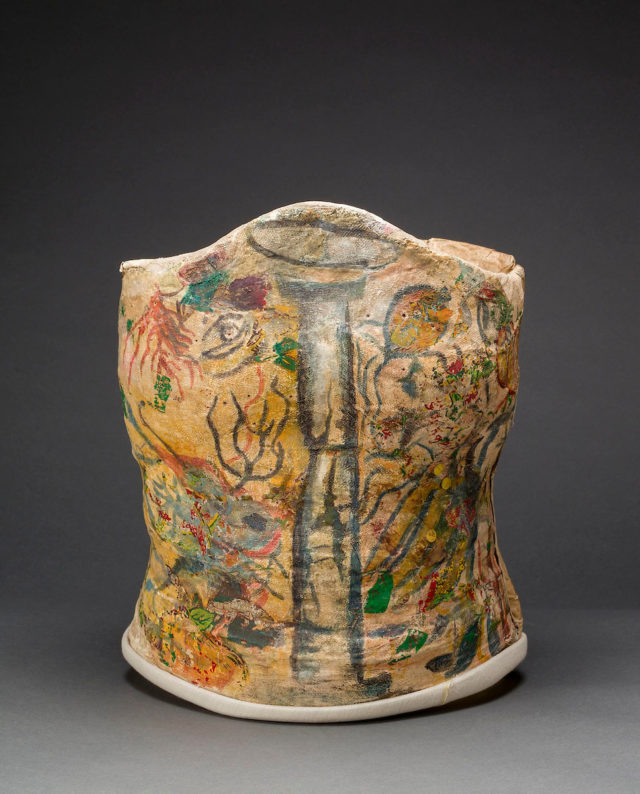 There’s a grouping of three plaster casts she wore as corsets — and that prosthetic leg I mentioned earlier.

At age 18, Kahlo was in an accident that nearly killed her. The damage to her body endured throughout her adult life. The plaster casts made her spine feel better, she said.

She painted the corsets and turned them into wearable art. The haunting images that decorate them include a fetus and a broken column that symbolizes her spine.

Kahlo wore a prosthetic leg after undergoing an amputation in 1953. She died the following year. 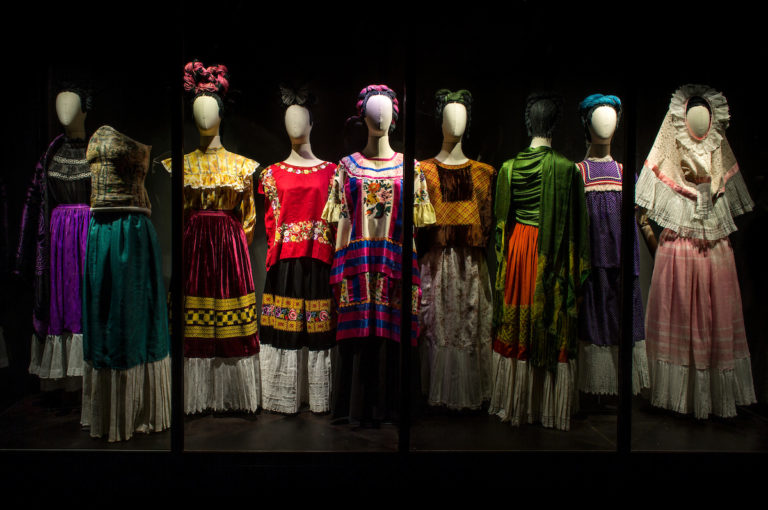 The last room in the exhibition is filled with the painter’s clothes.

Bottles of her nail polish are in this room, too — and a golden tube of lipstick.

Kahlo’s outfits are knockouts. They consist of long skirts paired with tunics. Many of them were made by dressmakers on Mexico’s Isthmus of Tehuantepec.

The Brooklyn Museum’s exhibition “Frida Kahlo: Appearances Can Be Deceiving” runs through May 12. See brooklynmuseum.org to buy tickets. 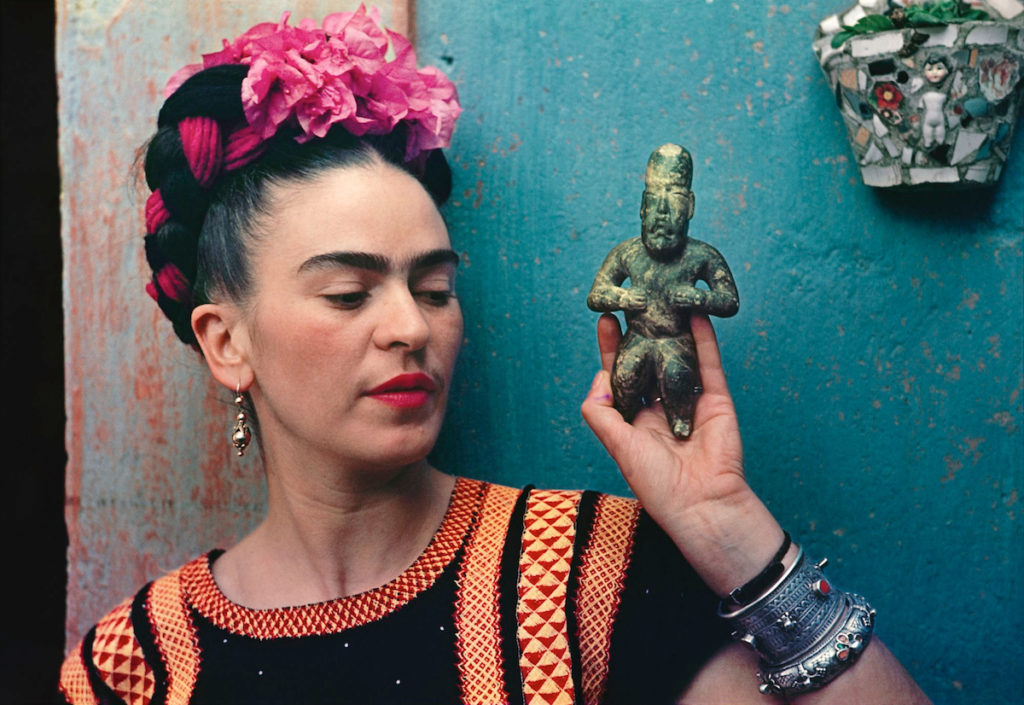 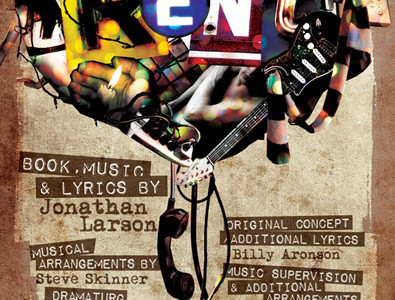 Park Slope: “Rent” Comes To Brooklyn
The Gallery Players has been the home of quality theatre in Brooklyn since 1967. This…

The popular Tripoli restaurant now has a new neighbor upstairs....

By Raanan Geberer Special to Brooklyn Street Beat A new...