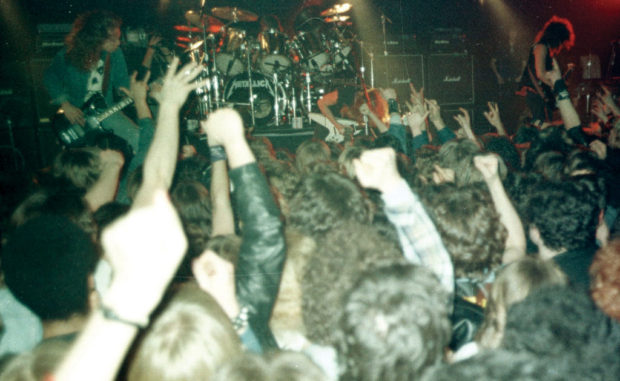 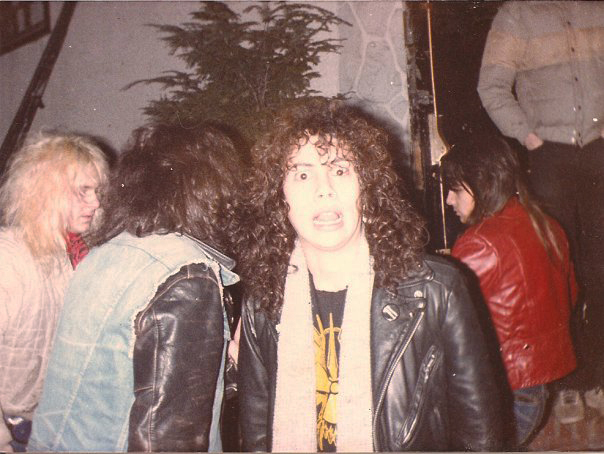 Metallica’s Kirk Hammett outside the club. Photo by Staci Bakanowsky via the L’Amour Book

On Jan. 25, 1985, Metallica played L’Amour, the Rock Capital of Brooklyn. Billed as the Metal Massacre weekend, the show featured the triple threat and triple treat of Armored Saint, W.A.S.P. and Metallica, the latter a scrubby, California-based heavy metal outfit comprised of four lean, mean, long-haired musicians who were little-known outside the loud and proud heavy metal community.

While loud and proud, the community itself rumbled just under the mainstream. Though New York City boasted three rock radio stations at the time, contemporary heavy metal, as a genre, was carefully avoided. Word of new bands spread through word of mouth and through exchanges and sales of albums and audio cassette tapes.

There was, however, one option if you wanted to hear it through your radio: tune your dial to 89.5 WSOU, Seton Hall University’s college radio station. Depending on reception, you also might have extended the aluminum foil-wrapped antenna on your boombox out the window. Back then, if people wanted to hear your music, they did what they had to do.

In July 1985, New York City disco station WKTU switched its call letters to WXRK and its format to album-oriented rock. While this change occurred a mere six months after this Metallica show at L’Amour, it would be several years before the station actually played any of their songs on the air.

Outside of college radio stations, the only DJ spinning Metallica and their American contemporaries who had sprung from the heavy roots of the New Wave of British heavy metal bands, which included Motorhead, Judas Priest and Iron Maiden, was L’Amour fixture Alex Kayne.

Reflecting on the Metal Massacre weekend, Kayne said, “Yes, I was there the entire weekend for all three shows, partly DJing … and partly hanging out in the crowd. What I remember immediately is the anticipation [and] street buzz that Metallica had generated about this show beforehand.

“I was so excited about it that I got to the club super early! It was jam-packed … all three nights sold out. The Sunday show was particularly fun because it was all-ages and it was cool to see a lot of young metal saplings there soaking it all in. Imagine seeing a show like this for only $15 bucks!” 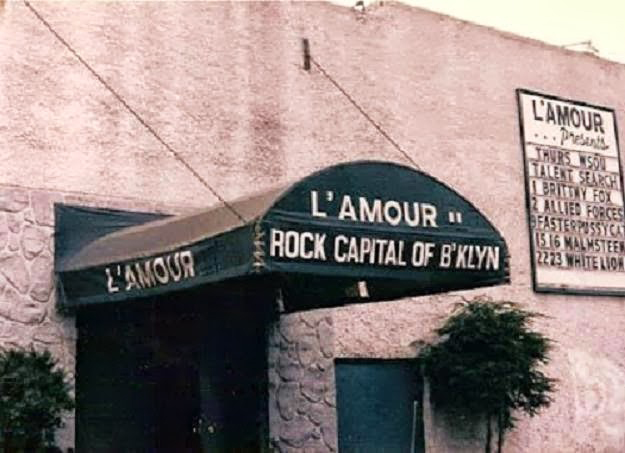 L’Amour. Photo by Ed Esposito via the L’Amour Book

Also on the bill that night were popular bands W.A.S.P. and Armored Saint, making for one exciting show. Those lucky enough to get a ticket were happily packed tail-to-snout, heads banging in unison to all the fan favorites.

As Kayne tells it, “Metallica hits the L’Amour stage and launch[es] into ‘Fight Fire with Fire,’ ripping through the club’s collective brains, driving the crowd into a frenzy, the riffage in your face, the crushing lyrics lamenting mutually assured destruction, all-out nuclear war on the brink of extinguishing mankind.

“I can’t think of a better way to open a show. They could have played until 12 noon [the following day] and no one would have moved. By the end of that first night, everyone agreed that even though all the bands were exceptional, Metallica was clearly the best metal band in existence.”

Though it was not Metallica’s first time on L’Amour’s stage, the historical significance of this particular show was that it would be their last. It was the beginning of Metallica’s yearlong zigzag across the U.S. in support of their second studio album, “Ride the Lightning.”

At the end of 1985, the band took a brief break from the road. It was during this time off that Metallica was lured away from Megaforce Records and signed to Elektra by artists and repertoire rep and Brooklyn native Michael Alago, and “Master of Puppets,” Metallica’s third studio album, was recorded. The band wouldn’t make it back to New York City until Dec. 1, 1986 on the much larger stage at the Felt Forum, now known as the Hulu Theater at Madison Square Garden.

They were also missing their original bass player. Tragedy struck on Sept. 27, 1986 while Metallica was on tour in Sweden. The bus carrying the band purportedly hit a patch of black ice and rolled over. Cliff Burton, arguably one of the most talented players to ever pound four strings, died at the scene. He was 24.

During metal’s heyday, L’Amour (pronounced “la-mawrz” by natives) was the only place in Brooklyn where metalheads could see their favorite bands play live and find a bunch of new bands to love. Located at 1546 62nd St., the club opened as a discotheque in 1978.

As Alex Kayne explains, “The owners decided to do rock nights on the off-nights and started it on Tuesdays in early 1979. The night became so popular that the club owners moved it to Thursday night.

The Metal Massacre show poster. Photo from the Alex Kayne Collection via the L’Amour Book

“Eventually, Thursdays became so overcrowded the owners turned Friday [to] rock. A Saturday takeover soon followed. Inside of a year, the club was taken over by the rock crowd. The change in the club’s direction had more to do with a shifting of the scene, rather than someone suggesting it. It was more like they surrendered to it.”

However, all good things meet their inevitable end. The metal scene started petering out, and in 2004 L’Amour closed its doors for good. While the actual building is still there, long gone are the famous marquee and comparatively tasteful exterior.

The L’Amour community holds up to this day, though it now meets on a Facebook page.

“I miss the camaraderie with the people and the sense of staff as a family, all of us working in sync together to create a great atmosphere, to execute a great show and to provide an excellent overall experience for the people who came there,” Kayne said.

“Could there ever be another place like it? That really would have a lot to do with timing, don’t you think? Because L’Amour and heavy metal grew up together … the crowd at L’Amour was able to nurture metal in its infancy, and help it grow into the wild-eyed monster that it is today.”

He added, “I’m very fortunate to have been a part of it – part of the greatest celebration of heavy metal music New York has ever seen. As many L’Amour regulars say, if you weren’t there, then you won’t ever understand.”

Metallica at L’Amour in January 1985. Photo from the Alex Kayne Collection via the L’Amour Book 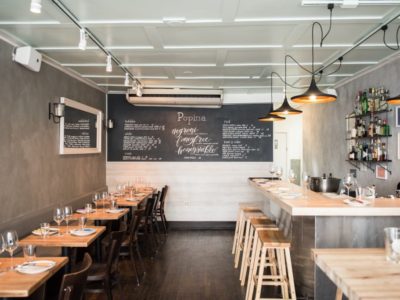 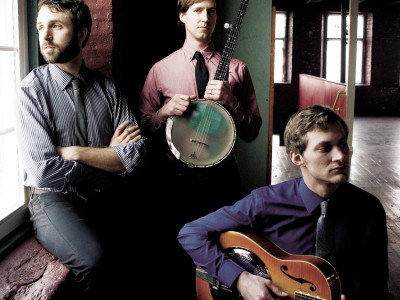 Just as New Year’s festivities were dying down, there was another...

The Abrons Arts Center located in Manhattan's lower east side is...