Downtown Brooklyn has seen a lot of change over the past ten years. To celebrate the anniversary of the rezoning that has caused a surge of growth in the area, BRIC Arts | Media House is hosting “The 5×10 Talks” next month. 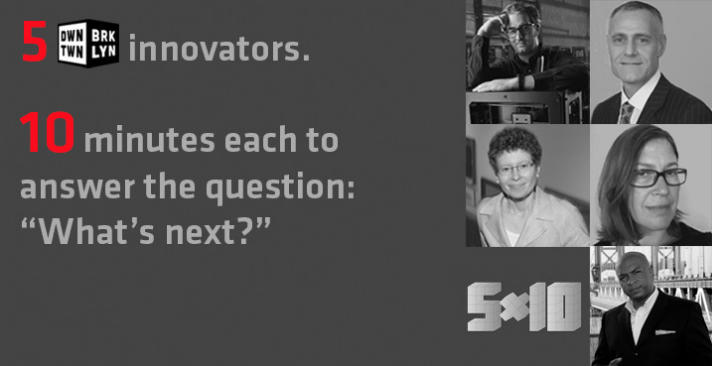 Five Downtown Brooklyn innovators have been invited to spend ten minutes each answering one question: “What’s next?” Who would know how to better answer that question than some of the great minds continuing to breathe life into Downtown Brooklyn?!

Downtown Brooklyn’s cultural achievements will also be a focus with live performances throughout the evening presented by 651 Arts and American Opera Projects.