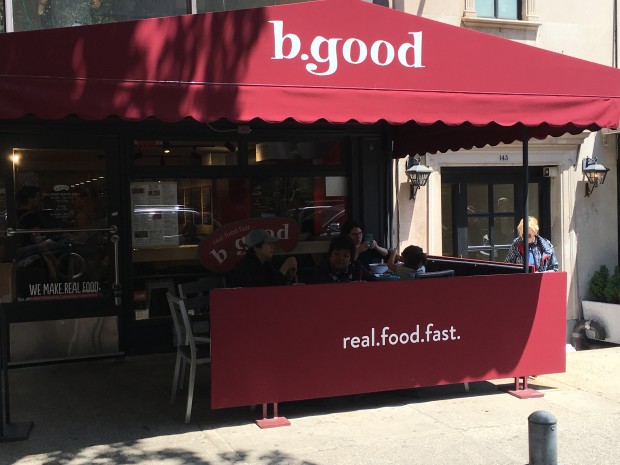 A new restaurant that opened first in Boston, and now boasts six successful locations there, has come to Brooklyn Heights. Fans say it sits at the corner of ‘Tasty and Healthy’ Streets, but the actual location is 141 Montague Street, where Grand Canyon operated for many years.

And it all started in 1987 when two friends, Anthony Ackil and Jon Olinto, met in the sixth grade and shared a mutual love for the Boston Celtics. They grew up developing a love for food in Anthony’s Uncle Faris’ kitchen. 15 years later, they started a business together based around a simple idea-make fast-food real by making it the way it should be…by people, not factories.

According to the boys, they loved fast-food but hated how it made them feel. So, they created a place where you can feel good about the food you eat, with a mouth-watering menu includes everything from a wide-variety of kale & grain bowls and seasonal salads to signature burgers and sandwiches. Unlike typical fast-food, their burgers are local, all-natural and house-ground.

Serving both the daytime crowds from the nearby courthouse and civic center, as well as ‘Brownstoners’ in Brooklyn Heights, b.good offers some major assets to the neighborhood: a happy, enthusiastic staff that serve with amazing speed some of the freshest, healthiest food to be found on Montague Street. The local b.good managers and staff learn about the food preparation and greeting process from trainers who come down from Boston to personally guide them.

b.good also has wisely utilized community engagement. They recently adopted’ P.S. 8-the Robert Fulton School- as their first local charity, with 20% of all sales on certain days going to the PS8/MS8’s Garden Committee and Wellness Program. 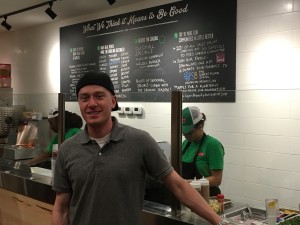 They also have a contest that gives one of their customers “food for life.”

According to Regional District Manager Hunter Wadsworth, “The ‘be our cousin’ contest encourages customers to submit a video, song, or even a board game, as one customer did, which promotes the b.good brand. The staff then selects the three most creative, and the customers get to vote on the winner.” The winner becomes a ‘cousin,’ because b.good believes that all their customers are family. The winner receives free food for life, and the contest takes place in every b.good location across the country, Canada and in Switzerland.

And if you were wondering where the b.good name comes from, it recalls the advice Uncle Faris gave to Anthony and Jon many years ago in his Boston kitchen, to “take it easy, live life, and, most of all, be good.” 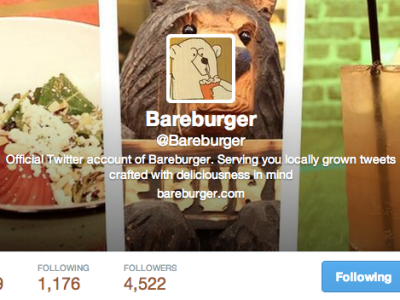 Cobble Hill: A Burger & A Shout Out
UPDATE! @Bareburger is doing a special promotional offer - #TweetandEat all day today! Purchase an… 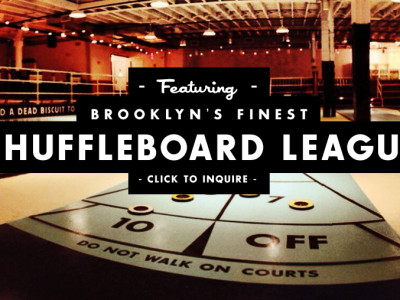 Gowanus: Where Shuffleboards Meet Food Trucks
The Royal Palms Shuffleboard Club is the newest neighborhood spot in Gowanus.   Walk in,…

Canarsie: Stomp Grapes and Pick Pumpkins at Brooklyn Plantology!
Have you ever wanted to stomp on your own barrel of grapes? Come on.. just…

Step into this niche shop and get acquainted with the...

The Gallery Players has been the home of quality theatre...

We've got some ideas from Brooklyn Flea on how to bundle...